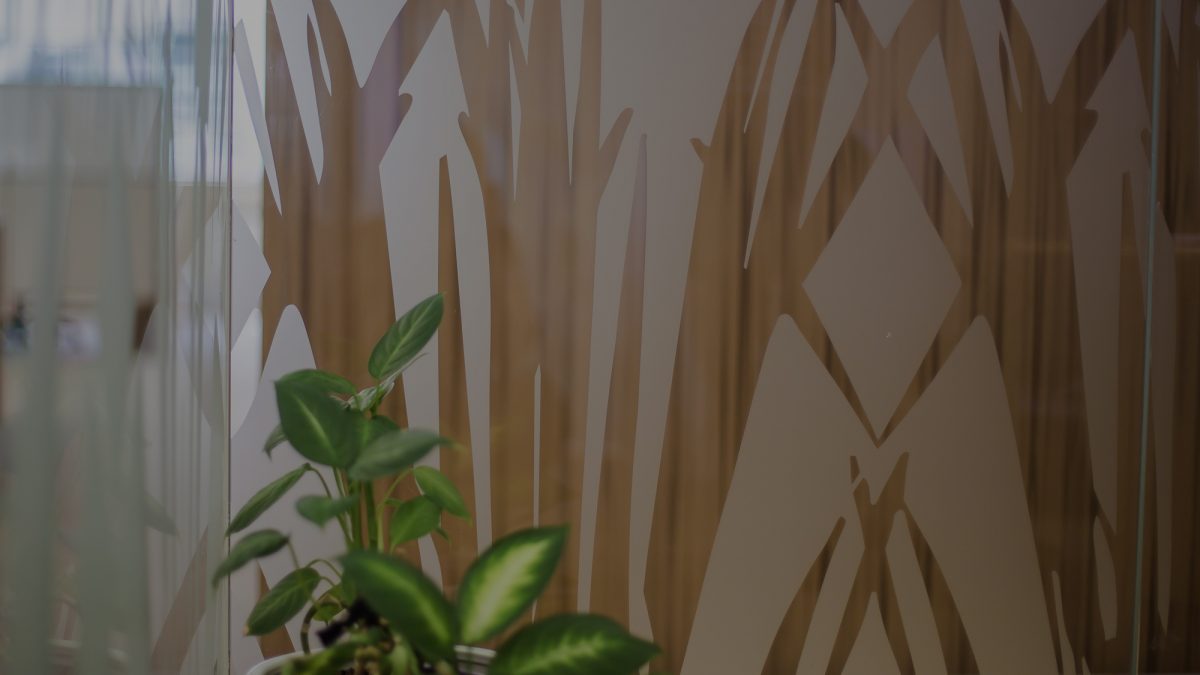 This month we look at the new Financial Markets (Conduct of Institutions) Amendment Bill, progress made regarding the review of insurance contract law, advice from MBIE in respect of the new financial advice regime, and the Council of Financial Regulators’ priorities for 2020.

The Financial Markets (Conduct of Institutions) Amendment Bill (Bill) was introduced to Parliament on 11 December 2019.

Recent government reviews have found that certain institutions lack both a focus on good customer outcomes and effective systems for the identification, management, and remedy of conduct issues.  The Bill responds by setting up a new regime to regulate the general conduct of financial institutions and their intermediaries.

The Bill’s regime is built around the requirement that financial institutions providing relevant services be licenced by the FMA.  The term “relevant services” is defined broadly under the Bill, and at this stage registered banks, licenced insurers, and licenced NBDTs will need conduct licences.  Applications for conduct licences can be made before the legislation commences.

Financial institutions and their intermediaries will be required to comply with a new fair conduct principle to “treat customers fairly, including by paying due regard to their interests.”  While the principle will only apply to the extent a relevant service or associated product is supplied to consumers, it has an otherwise broad scope, applying from the early stages of service and product design through to post-sale dealings with customers.

Financial institutions will also be required to establish, implement, and maintain an effective fair conduct programme that they and their intermediaries must comply with.  This includes processes providing for appropriate supervision of intermediaries, including financial advice providers.  Such programmes must be in writing, available to the public, and published on an associated website.  Specific requirements are expected to be detailed in regulations.

Supporting regulations relating to incentives must also be complied with.  The definition of incentive has been expressed very broadly and is intended to cover any volume-based remuneration.

There is still significant work to be done on the Bill and it will be reliant on supporting regulations.  Those regulations will need to be drafted and consulted on, which is more likely to take years than months.  Depending on how long things take, the government can issue regulations that suspend the licencing requirements for up to four years following the commencement of the legislation.

Please contact us if you have any questions about the Bill or conduct regulation generally.

In early December 2019 the Minister of Commerce and Consumer Affairs made a much anticipated announcement about the ongoing review of insurance contract law.  The Minister proposed, and Cabinet agreed, to several fundamental changes to the duties and responsibilities of parties to insurance contracts.

The duty of utmost good faith will be enshrined in legislation and apply to both parties to an insurance contract.

In relation to the duty of disclosure, Cabinet has agreed to:

In relation to insurance policies generally, Cabinet has agreed to:

Cabinet has also agreed to remove the insurance contract exemptions from the unfair contract terms provisions of the Fair Trading Act 1986.  There will be consultation and clarification around how the general unfair contract terms provisions will apply to insurance contracts.  The generic exemptions will be applied either narrowly (terms describing the subject matter of the insurance) or broadly (terms describing the risk accepted by the insurer).

While there is no set timeline, the Minister expects to consult the public this year before any changes are made.

Please contact us if you have any questions about the insurance contract law review.

On 22 January the Reserve Bank of New Zealand (Bank) released a bulletin titled “An overview of the life insurance sector in New Zealand”.  The bulletin highlights the issues in the sector.

Beginning with a brief history of life insurance in New Zealand, the Bank then identifies certain characteristics of the sector in comparison to OECD countries.  New Zealand’s ratio of gross premiums to GSP and gross premiums per capita are well below the OECD average.  Our life insurance sector also has a relatively low retention ratio of 79 per cent when compared to the OECD average of 95 per cent.  Life insurers are making greater use of reinsurance as an alternative to holding solvency capital.

Moving to profitability, the Bank explains that New Zealand life insurers are relatively more profitable than other OECD countries, earning a return on equity of 16.2 per cent.  The OECD median is 12.9 per cent.  Relatedly, New Zealand’s gross claim ratio is 58 per cent, well below the OECD average of 79 per cent.  The Bank uses this low claim ratio to suggest that New Zealand’s life insurance sector as a whole is inefficient and its products are unsuitable.  The Bank also considers a high total expense ratio of 41 per cent indicates New Zealanders are getting poor value for money, with some individuals being priced out of the market.

Unsurprisingly, the Bank also looks at commissions, and their potential to erode public confidence in the sector.  New Zealand’s commission ratio of 19 per cent is high in comparison to other countries, reflecting further inefficiency.

Lastly, the Bank notes New Zealand life insurer’s low solvency standards in comparison to Australia and many European countries.  Some of this can be explained by overseas parent companies preferring to hold capital in their base jurisdiction.  However, solvency ratios declined from 151 per cent in 2013 to 129 per cent in 2019.  With the upcoming review of the Insurance (Prudential Supervision) Act 2010, Bank intends to review solvency standards and consider imposing solvency buffers.

Please contact us if you have any questions about the Reserve Bank’s approach to the life insurance sector.

The new regime currently permits FAPs to engage financial advisers that are already engaged by other FAPs.  MBIE has said that, where financial advisers are engaged by more than one FAP, consumers may be confused about who is ultimately responsible for the advice or who to contact if they have questions or complaints.

MBIE have released a factsheet outlining the possible complexities and the types of questions that FAPs and advisers need to be asking themselves.

Section 403(4)(d) of the new regime enables the FMA to impose licence conditions prohibiting an FAP from engaging a financial adviser the FAP knows is already engaged by another FAP.  MBIE could also develop regulations to the same effect.  While MBIE does not currently intend to impose such conditions, it is possible they will do so if there is potential for consumer confusion or harm.

Consultation has opened on the review of the FMA’s funding and levies in respect of the new financial advice regime.

Following PwC’s report on the efficiency, effectiveness, and baseline review of the FMA in December last year, MBIE and the FMA have released a discussion paper seeking feedback on options for increasing the FMA’s funding and where that funding is going to come from.

While the FMA received a funding boost to $36 million in 2017/18, it is forecasting a deficit of about $4 million in 2019/20.  The deficit is attributed to increased personnel costs, funding preparation for the new financial advice regime, and acceleration of important system upgrades and capital projects.  The evolution of the FMA’s regulatory environment has led to funding pressures that need to be alleviated.

The four funding options are:

Please contact us if you have any questions about the consultation process.

The seven different focus areas, each with their own leading regulator, are:

Please contact us if you have any questions about the Council of Financial Regulators or their work priorities.

The RBNZ has resumed work on the review of the Insurance (Prudential Supervision) Act 2010.  There is no timeline yet.

The Insurance Council of New Zealand (ICNZ) has set a date for the revised Fair Insurance Code (Code)to take effect.  The revised Code will be released in 2020 and take effect on 1 April 2020.

Key changes include obligations to “develop, market, and sell products responsibly” and to “identify and address instances of poor conduct” within organisations.  Another feature of the revised Code is strengthened commitment to privacy and clarity in the dispute resolution process.

The Ministry of Business, Innovation and Employment is completing a review of New Zealand’s insurance contract law.  The purpose of the review is to ensure insurance markets work well, and enable individuals and businesses to effectively protect themselves against risk.  The Minister of Commerce and Consumer Affairs Hon Kris Faafoi has explained he considers the review a priority.  A timeline is yet to be provided.

The Privacy Bill (Bill) completed its second reading on 7 August 2019 and now awaits a committee of the whole house.  Minister of Justice Hon Andrew Little highlighted the key changes the Justice Committee (Committee) made in response to submissions.

The Maritime Transport (Offshore Installations) Amendment Act (Act) was passed on 19 December 2019.  The Act clarifies the liability of insurers to the Crown and others affected by oil and harmful substance spillages.  Importantly the Act confirms the circumstances in which affected persons can proceed directly against an insurer.  Before enactment, Parliament adopted the following changes recommended by the Transport and Infrastructure Committee:

The Insurance (Prompt Settlement of Claims for Uninhabitable Residential Property) Bill (Bill) was introduced to Parliament in the middle of December 2019.  The Bill is designed to prioritise the processing of insurance claims for uninhabitable property.  To do so, the Bill would require insurers to:

The Bill contemplates issues arising in the claims process and allows insurers 12 months to determine a claim in specified circumstances.  Ministerial extensions of time are to be available in circumstances of local or national emergency. 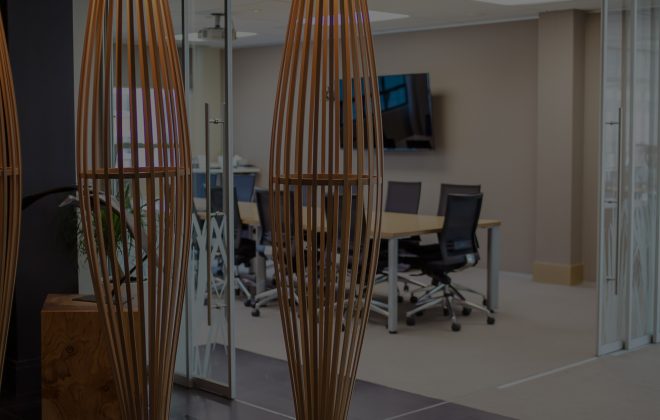 Congratulations! We are proud to announce…